It was a bright and sunny day. Aaliyah and I were invited to Adrian’s housewarming party. The keyed, high-speed elevator launched us to the four-room perch in the sky, with a panoramic view of New York City. Floor-to-ceiling windows in every room and a private, wraparound terrace provided a vantage point. We were in admiration. Adrian is an artist and he had achieved tremendous success in a short time. He looked content when he welcomed his guests to his dream apartment.

Adrian was proud and happy but I could feel something was disturbing him at the same time. I noticed everyone had attended his party but for his dad. When I mentioned it to him, he broke out and said, “I am glad he didn’t make it. All I can expect him to do is to criticize me. He just might think this was not necessary and that I could rather save for my future. He has always been a miser, Bob! He didn’t live his life fully and now that’s what he expects from me.”

I looked at him and remembered the time I had left my nest. I was thrilled about my newfound freedom and just did almost everything under the sky which was banned by my dad. But I also realized how difficult it was to face the ruthlessness of the world alone. I had become crude and blamed my unpreparedness on my upbringing especially my dad.

It is what I see today in Adrian. We generally take some relationships for granted. The best form of self-defense is to blame our losses on someone else and claim all the wins. Often our parents face our brunt.

The setting sun splattered his walls with auburn hues and the guests bid their farewells. I insisted Adrian to call his old man. Unwillingly, he dialed his number and I saw him suddenly drop to the floor. His dad’s receptionist had picked up the phone and informed him about the sudden stroke his dad had in the morning when he was preparing to leave for his party. Adrian was cross and complained about why he was not informed earlier, to that the lady replied, “Your dad insisted to inform you the next day as he did not want to ruin the special day for you.”

Adrian’s face was pale as we drove to the hospital. When he saw his dad through the glass outside the intensive care unit and saw him tubed and gagged with channels all over, he busted out crying. I held my best friend and wiped his tears understanding what he was going through and also knowing very well that he’d be a changed person from this moment on. 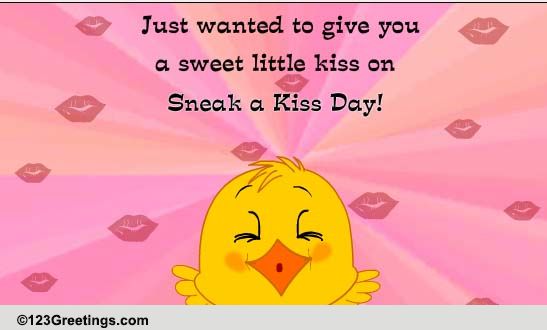 He entered the ward and took his dad’s hand in his, the old man’s face lit up on seeing his son and tears rolled out from the corner of his eyes wetting his pillow. He managed to say in a cracking voice, “congratulations!” The pride and happiness shone in his wrinkled eyes and then he said predictably, ”I hope you have also saved for contingencies like these son.” Adrian laughed with tears in his eyes and reassured his dad of the same. He sneaked a kiss on his temple and professed his love after years of confrontation with his father. He realized how his father’s love was unaffected by his behavior and stands strong even to this moment.

Gratitude filled his heart as he stood there holding his dad’s hand for what seemed like a long time.

Whether you share a love-hate relationship with your dad or are full of reverence for him. In your heart you know he did his best to bring you up in this world. He faced the harshness and swam in the black sea to provide for you. He would include you in all his plans until his last breath even if he is not there in your blueprint of life.

Hope you’re fortunate to share a great relationship with your dad. It’s time to make it a huge celebration.

The Lesson From My Dad That Changed My Life