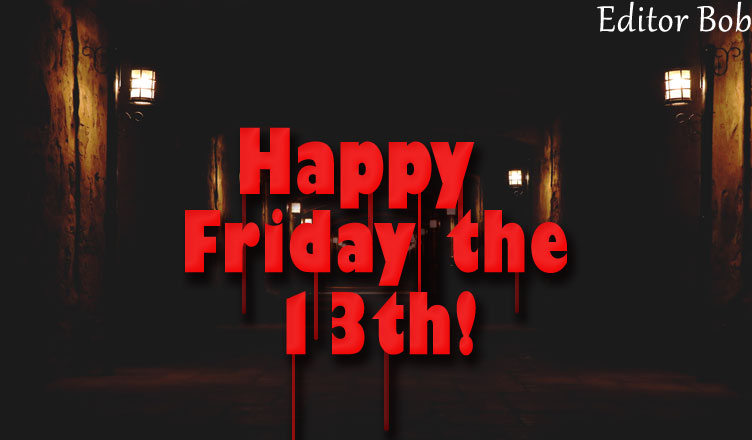 The clock struck midnight. It was Friday the 13th. The once buzzing restaurant now lay quiet and empty as most of the tables had cleared out. 5 friends sat at the bar in the hotel, beers in their hand, laughing and enjoying each other’s company. Aaliyah, Kate, Fred, Irina and me had taken a road trip for the weekend.

In midst of Kate’s story about her co-worker, I nudged Aaliyah a number of times asking if she would like to get dessert after this. No response. As I turned to face her to see what the matter was, Aaliyah’s face seemed as white as a ghost. Nobody else had noticed as they were entrapped in the conversation. She just pointed at a dark corner in the bar, continuously saying she had seen something.

Dark Cat On Friday The 13th.

Brushing it off, we called it a night, and decided to head up to our rooms. I held Aaliyah close to me, as she was still shivering and her eyes were fixed and bloodshot. It was frightening.

As we walked past the reception and lobby, it was unusually quiet. Even the staff didn’t seem to be around, it all felt rather spooky. We got into the lift with a couple of other guests. Hitting the 33rd floor button, we waited in silence as we drifted up. Everybody was preoccupied, busy in their phones or chatting among themselves with no clue of the surroundings.

Black Cat On Friday The 13th.

Right then, the lift stopped, and the lights began blinking. We all looked around, frightened, wondering what had happened. Aaliyah stood with her finger pressed against the stop button, staring at everyone with a fixed, dazed look. Around me, people were getting fidgety, some sweating, scared, others not sure how to react. A few shouted, but remained fixed in their position. She stood there for a good few minutes gazing intently at each person like she had been possessed.

Finally, after what seemed like eternity, she removed her finger and the lift moved up to the 33rd floor. Everybody remained stunned, as the lift doors open and she walked out. Turning back, she shouted Happy Friday the 13th!

We burst out of the lift, running after her, Irina screaming, Kate still shocked, and me, laughing hysterically. All in all we could agree, that it was a well thought out prank on all of us.

See you in the comments!

A very appropriate piece to read this morning for me! I have a new opportunity in front of me, but I'm hesitant to make a move. But, you're right - it's panic and anxiety causing the negative thoughts I'm having. Thank you - I'm going to think positive and move forward!

You are so interesting! I don’t believe I’ve truly read through anything like that before. So wonderful to discover another person with a few unique thoughts on this issue. Seriously.. many thanks for starting this up. This website is something that is required on the internet, someone with a bit of originality!

Day 20: Ask, Believe And Receive!
Next