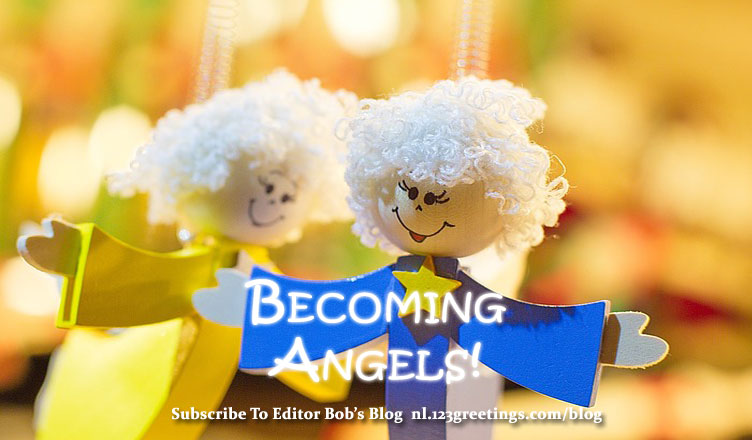 Do you need wings and a halo to become an angel? I believe we simply need to hold a good intent and the light of love in our hearts to soar.

I frequently visit the adult care home but last weekend I came across something which left me brooding about human relations for a long time.

An old couple lived there. They were inseparable. Be it during prayers, meals or evening walks they were always together. I often saw them smiling and attending to each other. I had noticed the stern and frigid features of the man softening when she was around. He generally kept to himself and was closed to conversation whereas she was always ready to engage in a chatter at the drop of a hat. Her mellifluous voice echoed in the church and heads would turn bringing attention to them which made the man slightly uncomfortable whereas the woman remained unaffected.

I was disheartened to learn that the woman passed on a few days back. The old man was sitting alone on the park bench with drooped shoulders and eyes. I walked up to him to say sorry for the loss of his wife, his eyes rolled up and he muttered, “Martha wasn’t my wife, I lost my wife a decade ago. She was a friend.” After pausing for a while he sighed, “I met her here and she was my only companion. We connected instantly.” As he spoke about her, life returned in his eyes. He continued, “She was abandoned by her family while I left mine, yet she was more composed than I was. She made me aware of my unexpressed emotions while I reminded her of her inner strength to be independent and just when we both learned our lessons, we separated. I’ve seen the changing face of life but wasn’t prepared for this one. She was my angel here.”

I hugged him and whispered, “And so are you.” The toughness disappeared and he smiled at me and allowed his tears to flow out freely and reflected, “Stay happy in this very moment and don’t spend yourself in waiting.”

These ephemeral moments constantly teach us that change is the only thing constant in life. It is upon us to become angels and live in the hearts of our loved ones long after we have gone. Becoming angels is to open ourselves to unconditional and unlabelled love.

Share the moments when you were touched by angels. See you in the comments. 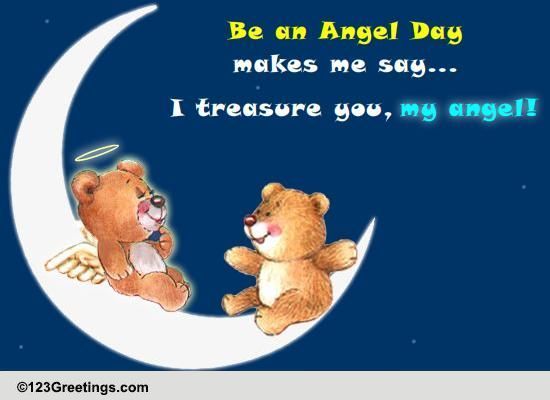 Mahalia - Is Online Love For Real?

Scot - Thanks For The Lovely Haikus!

It gives natural vitamins, minerals as well as protein. Look into my web blog - new jersey board certified plastic surgeons

4 Best Ways To Find If Your Love Is True!
Next

Forgive To Free Yourself