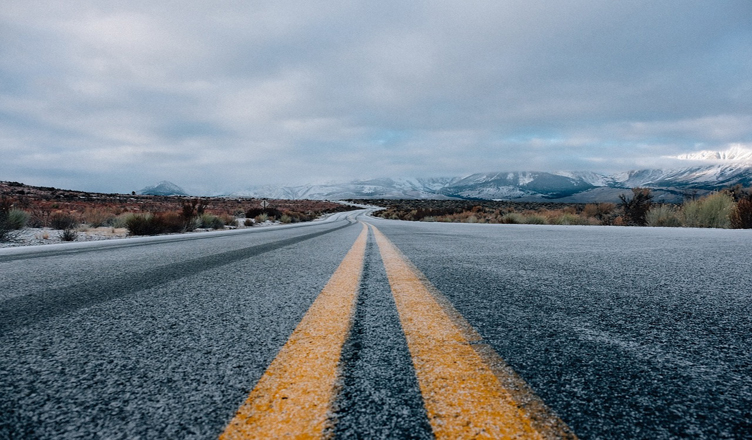 Hey folks, thanks for joining me on the road!

We started off this morning with, well, a bit of drama–what do you expect, we have Rick and Kaitlin with us! Right after I sent Steve the newsletter to send to you guys, Rick and I left to pick up Megan. We picked up Kaitlin last, thinking that she might need more time than the rest. When we got to her place, she still wasn’t ready, and was still packing her suitcases. “Suitcases!” Rick yelled after he saw what Kaitlin was going to bring. “Look, you have room enough for a bag in the trunk,” Rick explained. We told her the same thing in advance too. They went back and forth arguing about the car, the trunk, the suitcases, etc., until Megan came in and asked, “Hey what’s taking you guys so long?”

After seeing the situation, she played the diplomatic trump card–Kaitlin and Megan looked for a bag that’s better suited (no pun intended) for the trip and repacked Kaitlin’s stuff. She wasn’t happy but Megan told her that they got the essentials so she was satisfied enough to leave. All this time, I was thinking maybe I should’ve flown…

Once we hit the highway, I was relieved to be on the road. I think it’s going to be a pleasant surprise for my mom, and I really like road trips; who doesn’t when you’re cooped up in the city for a long time? I got to thank my friends for coming with me though–without them, I don’t think I could’ve made it. I mean, with the gas prices the way they are, I don’t think I could have afforded it by myself.

We stopped somewhere in West Virginia at a Piggly Wiggly to pick up what I like to call, “the necessities of road trips”–chips, beef jerky, and soda. It was an out-of-this-world experience because as soon as we drove in, people stared at us. It was like going into an old frontier town, in those cowboy movies. I felt all their eyeballs following us into the store. We went around the market picking up things that we wanted. People followed us through the aisles–they didn’t even pretend to be shopping!

Megan bought whatever she needed and headed to the car, and I followed her. Kaitlin looked really bothered by the stares. When Kaitlin came out, she started approaching the people who were staring at us by our car. Rick grabbed hold of her wrist and pulled her towards the car. I saw the people from the store come out to watch us, too. It was getting really creepy. “Ya’ll aren’t from around here, are ya?” said a creepy middle aged man. Good thing, Kaitlin was already in the car. “No sir we ain’t,” replied Rick in a thick Texan accent. He jumped into the car and yelled out, “We’re from The Big Apple!” and he drove the car out of that town as fast as the speed limit permitted. We were all quiet in the car, not knowing whether we should be crying or laughing. Then, Rick started laughing and we all joined in. “Dude, that was creepy,” I told them. “Ya, you can say that again,” reckoned Kaitlin.

We stopped at a diner for lunch a couple hours later. We were almost done eating and Rick and Kaitlin started arguing about the West Virginia incident. The argument heated up and Kaitlin started yelling, Rick at that point stood up and left. “Where are you going? I’m talking to you, cowboy!” yelled Kaitlin, and started following him. Now, I know when Rick gets mad, he won’t really think and just take off. I motioned Megan to get to the car as fast as she could. I cleared the bill and rushed out. As soon as I got into the car, Rick started driving. My door wasn’t even closed properly. Kaitlin was next to him, shotgun, still yelling at him. “I mean what’s up with all those people? We’re no different than them,” Kaitlin said, “And you should’ve just let me be.”

Rick’s driving was dangerously fast. He gets speed crazy when he’s mad. We were passing by cars at a very, very fast rate. Kaitlin realized what was happening, she got quiet and said, “Slow down, Rick,” under her breath. “Rick, calm down man,” I told him, trying not to fuel his anger. “Slow down, Rick,” Megan joined in, “Rick, slow down,” she repeated, she repeated again, and finally the quiet Megan yelled, “RICK SLOW DOWN!!!” I don’t think I’ve heard Megan ever yell. Rick calmed down after that, his driving became steady and we were in normal cruising limits. The rest of the ride was really quiet–it was so quiet that it became boring and I needed a musical distraction–I looked for my iPod but I couldn’t find it anywhere… then i realized that I must’ve left it at the diner as I was rushing out. I told Megan about it and she looked for the menu that she collected. She’s doing a scrapbook of the whole road trip, so she’s collecting things from everywhere… “Oh, there’s a phone number on this. Maybe you can call the diner and ask them?” Thank goodness. Megan’s such a life saver.

When we got into Columbus, OH we decided to call it a night, have dinner and turn in. I guess Rick’s reckless driving made up for our late start in the beginning with Kaitlin’s packing fiasco. I’m still mad about my iPod but we called the diner and they said they’ll mail it to me. I guess I’m going to have to rely on the kindness of strangers.

There was a diner near the motel where we were staying for the night–we decided to go there for dinner. I like going to diners, they all seem to have that “all American” feel to them. There was an old couple that welcomed people and showed them where to sit. It was kind of unusual but later we learned that they had been hosting the diner for a long time. Our weary traveler spirits were lifted when we entered and saw their smiling faces.

After we sat down, I couldn’t help but ask, “There must be an interesting story behind this diner, do you own it?” The old lady smiled again and said, “Why, yes. Hank, my husband and I have been running this diner for ages. Then, we started greeting people after our son, Mike, took over. We couldn’t stay in retirement for long, you see.” She told us that they got married after the war and decided to open up a diner there. Well folks, it hasn’t changed much since that time, I can tell you that. I thought it was a really sweet way to end our first day.

Well, I’ll leave you with this Zen quote tonight, (did you think the blog wouldn’t have quotes?) Louis L’Amour said, “A good beginning makes a good end.” I think we started off pretty well, albeit drama here and there. But that’s all a part of life isn’t it?

FREE GREETINGS FOR THE PLANET

P.S. Don’t forget you can schedule your Mother’s Day ecards so they arrive on that day!

DonaldUtirl - Everyone is Irish On St. Patrick’s Day in The Big Apple!

Thanks for sharing your info. I really appreciate your efforts and I will be waiting for your further post thanks once again. My web blog: avon representative login uk